Opened in 2012, the Heritage Exhibition tells the story of Balingup between 1855 and 1955. Displays include the history of four significant homesteads, a war exhibition (including a World War 1 uniform) and individual photographs and stories of the people who made Balingup into the great community it is today.

The Exhibition is located in the Packing Shed in the centre of town and is open 7 days a week between 9am – 4pm.

Very little is known about the Aboriginal history of the area, 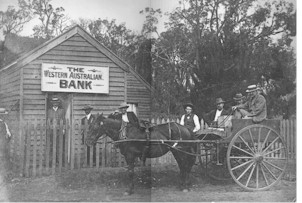 other than that the name "Balingup" is an alleged corruption of an Aboriginal name - Balingan, a noted native warrior who is said to have been born here.

At the height of prosperity in 1959, Balingup boasted a population of 1347.

At this time, Balingup was a thriving farming community boasting its own Shire Council, cheese factory and commercial infrastructure. However, the dairy quota system for the period, coupled with the steep terrain, made dairy farming non viable and many farmers sold their land and left the district. When it was found that there were no prospective buyers, the Forestry Department, now Department of Conservation and Land Management (CALM), began to buy the farms for pine plantations. 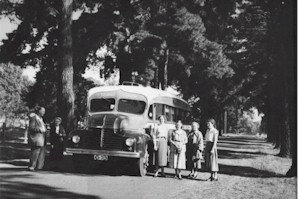 The Cheese Factory was converted into a major Arts and Crafts Centre for the South West and the Packing Sheds were put to alternative uses. The cattle and pig selling complex also closed down.

Many of the old homes and businesses have been restored and are used for other purposes such as:

.....a timeline history of Balingup